A downloadable game for Windows, macOS, and Linux

Monumental Failure is a historically (in)accurate physics-based monument construction simulator. The game empowers you to recreate some of the world's most impressive architectural feats using incredible, and hard-to-believe, construction techniques. From the great ring at Stonehenge, to the genius of the ancient Roman aqueduct, will you have what it takes to re-create these feats of engineering?

DOZENS OF CHALLENGES
Build the monuments of ancient times in 60 unique levels spread across 6 unique worlds.

TEAM CUSTOMISATION
Players can select their team's clothing colour and preferred headgear, because, who doesn't like hats?

Scary Wizard Games is a two person team based out of Toronto, consisting of game developer Spencer Winson and artist Jessica Parsons. The duo, looking for new opportunities, decided to create one for themselves, and so in 2016, Scary Wizard Games was born. Monumental Failure is Scary Wizard's first foray into the world of independent game development.

For press and inquiries: contact@scarywizard.com

In order to download this game you must purchase it at or above the minimum price of $9.99 USD. Your purchase comes with a Steam key. You will get access to the following files:

This is hilarious and I’d love to play it as a party game.

What a cracking game!!! 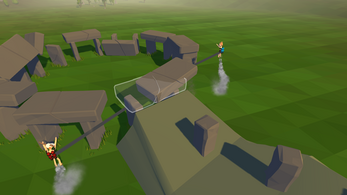 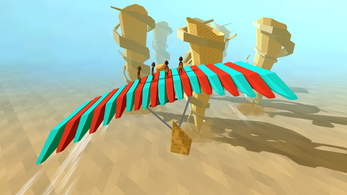 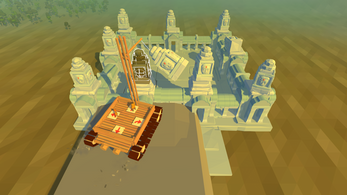 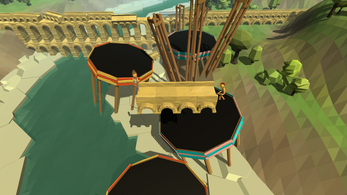